We Call It Monster By Lachlan Walter - Another Great Post-Apocalyptic Story From Down Under! 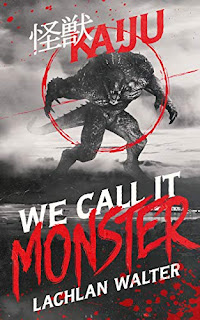 We Call It Monster by Lachlan Walter

Back in June, 2017, I learned about a novel from an Australian author. It was about survival in a post-apocalyptic world where people were working to survive severe drought and food shortages. I was very impressed with that novel titled The Rain Never Came, and its author, Lachlan Walter. As impressed as I was with that first novel, one can imagine my excitement when Lachlan recently contacted me to read and give an honest review of his new work, We Call It Monster.
So, after I agreed, Lachlan sent me a copy and I eagerly opened the file and saw the cover. I have to admit I was a little apprehensive upon seeing the huge Kaiju there, I thought, this is not my usual area and hoped this would not be outside of my comfort zone. I am more of a fan of space opera than anything else and hoped my review could do it justice. I opened the text and began reading and was pleasantly surprised at what I found.
What I thought I would find was another "Pacific Rim" rehashing, or perhaps a story such as the Japanese might tell about Godzilla. My guess wasn't even close and I am happy to say I enjoyed We Call It Monster immensely.
Here is the blurb from the back of the book:
"One ordinary day, an enormous creature dragged itself out of the ocean and laid waste to a city. In the months and years that followed, more and more creatures appeared, until not a single country remained untouched. At first, people tried to fight them. In the end, all they could do was try and stay alive.
We Call It Monster is a story of forces beyond our control, of immense and impossible creatures making plain how small we humans really are. It is the story of our fight for survival and our discovery of that which truly matters: community and compassion, love and family, hope and faith."
Monster is a collection of vignettes set in Australia and are further broken down into a series of short stories covering 35 years of attacks from giant monsters that, for whatever reason, are on a rampaging mission of death and destruction. Opening with people attending a party in the coastal city of Sydney, all are baffled as the first attack on the Island Continent takes place. As each small story unfolds, time passes as the reader learns what the fate of humankind and the world might be should such events happen. It seems there is no place on the planet that is safe from the behemoths as they come from the sea. However, it isn't only coastal areas that are at risk as the monsters also come by air and from under the ground. There are no safe havens anywhere from the onslaught.
Unlike Pacific Rim, there are no giant human-driven robots to save the day. That's not to say that humanity doesn't mount a monumental effort to repel the threat, but there is nothing that can stand up to what the Kaiju are dealing out. There is no reasoning with them; they are simply killing machines able to withstand a lot of punishment.
But Monster isn't about the Kaiju, it is about people and what they do to survive. Each short story serves two purposes; first to introduce or continue a character's storyline in their fight for survival; the second is to give more of an overall picture of the condition of the planet in general, and humanity in particular. The stories are each a snapshot, and when all are put together, form a bigger story. It is somewhat like a photo mosaic made from smaller photos, only with words.
The stories in this book are not as much about the monsters as they are about the people who are involved in some way with Kaiju attacks. This is a character-driven collection of short stories that focuses on people as they go about surviving. The characters are the most compelling part of the story. The author does a marvelous job of introducing each character and developing them enough that a reader can have compassion for their plight.
The stories are about how the various characters cope with the problems they encounter. Some just went about the business they are tasked with, others are compelled to lend a hand to their fellow humans who have suffered from encounters with Kaiju. Still others resign themselves to the inevitable in bold acts of defiance, in essence, fighting against the monsters in their own way. Some actively fight back as best they can against an enemy with limited vulnerabilities. 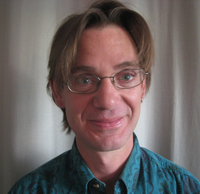 As I mentioned before, I was a little apprehensive about reading this because I am not a fan of big monsters in literature. I found that from the very first pages of the book, I was hooked. It was truly a pleasure to look into the lives of the very well written characters and I was never disappointed all the way through. I found that Lachlan had led me through the entire spectrum of emotional involvement with his storytelling as well. The descriptions of events were vivid and easily imagined.
I recommend We Call It Monster to readers that enjoy apocalyptic and post-apocalyptic fiction, and for those that also just enjoy a good story. I would also go as far as to say that one need not be a Science Fiction fan to enjoy this story of human compassion and the will to survive the most impossible threats.
Now I eagerly await the next story from this excellent Australian Sci-Fi author.
Well, there it is...